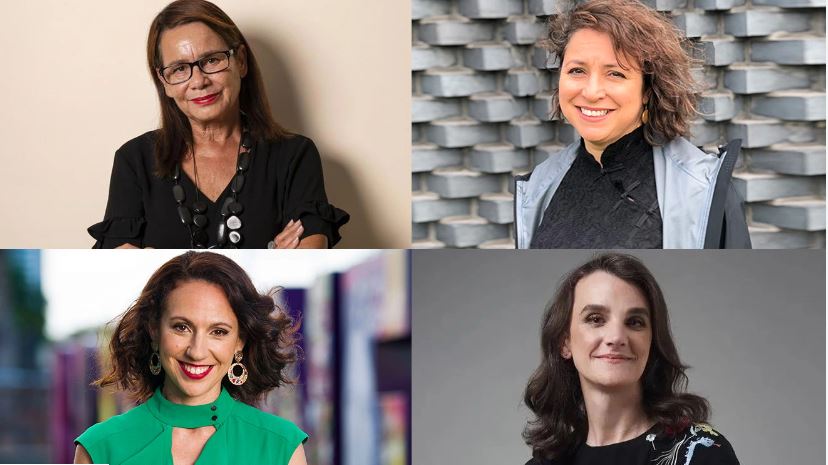 As a board member for Regional Arts NSW, Sally Blackwood (Deputy Chair) plays a crucial role in advocating for the support of art and culture in regional NSW, as well as being a key driver in the current national conversation.

The following article was written by RANSW Board member Sally Blackwood and published on Arts Hub.

Joining the dots: What the Albanese Government should do next for the arts

It has been almost a month since the federal election renewed spirits and the arts sector collectively exhaled.

In the first moments of the new Labor Government, a commitment was made to the Uluru Statement from the Heart and now the prioritisation has been given for the development of a new National Cultural Policy. It certainly feels like the dawn of a new era.

Now it’s time for assurances, timelines, and concrete action. But what actions, precisely? And how should the Albanese Government capitalise on its momentum to date?

One recent positive lay in welcoming so many new and diverse voices to Cabinet, including Linda Burney as Minister for Indigenous Australians; a woman who First Nations Creative Director Rhoda Roberts AO describes as ‘treasured by our communities’, and ‘tirelessly in service to her people’.

Louise Bezzina, Artistic Director of Brisbane Festival, is similarly optimistic that ‘change is happening,’ as demonstrated by the ‘voices of women … that clearly had a significant impact on the [election] outcome’.

Similarly, there is great confidence in and expectation placed upon Tony Burke, the new Minister for Employment, Workplace Relations and The Arts, a politician who ‘understands socio-economic diversity,’ according to Lena Nahlous, CEO of Diversity Arts Australia.

Nahlous notes that Burke has previously ‘expressed really strong support for greater diversity and representation across the arts and cultural sectors’. She also commented on the importance of seeing Ed Husic, the new Minister for Industry and Science, sworn in as Australia’s first Muslim Cabinet Minister, saying ‘there’s been a lot of celebration [at] seeing this much more diverse Cabinet’.

Today there continues to be a united, uplifting feeling of optimism and hope around the new Government’s potential to rebuild communities devastated by years of economic and systemic neglect.

Alongside such optimism, however, are deeper questions around value, progress, and tangible government action. For some, there is a continued sense of anxiety, and perhaps underlying distrust, which comes from experiencing the long-term erosion of the sector.

In other words, in these exciting times it is important to not just move forward, but to ensure we all move forward together, making space for all. Being aware of how we move from the status quo to having a progressive, vibrant, inclusive arts sector is critical.

Beyond economics, the key to rebuilding lies in where we place our values, according to Nahlous.

‘Any future arts policy needs to embed diversity and inclusion in it … It needs to have Diversity Standards because otherwise we’re going to rebuild a sector that we know will be exclusionary for culturally diverse communities and many other marginalised communities,’ she said.

Nahlous would like to see the introduction of ‘mandatory Diversity Standards [across leadership, employment practices, programming and storytelling] into all areas of funding … an ongoing mechanism to ensure that arts organisations are representative of the Australian population’.

She is also calling for ‘an industry-wide, industry-led, anti-racism campaign’ to support and enable arts organisations to create safe spaces for all artists and arts workers, and to ensure no one is ‘locked out’.

Reflecting on this sense of change, Roberts says we are living though ‘an extraordinary period,’ adding, ‘It’s like a spear has pierced the ground and it’s rippling out … [with] the young artists that are coming through it is so incredibly inspirational … there is such a change within our industry where all of a sudden, because of those Diversity and Inclusion plans, everybody is wanting a First Nations producer, programmer, creative, performer’.

Roberts reminds us to be mindful of supporting those doing this important work within institutions, noting that, ‘it’s a wonderful time, but it’s a really challenging time as well because it’s made us realise we have to do a lot of training around projects because everybody is so busy working, and all the greats are so busy, you can’t get them for your gigs.’

She adds: ‘There needs to be a lot more capacity building within the sector … and we really need to heed what level of expectations we’re placing on arts workers’.

Roberts is excited by the opportunity this groundswell represents and insists that new frameworks need to be developed, working side by side with cultural custodians, which ‘ensure that cultural observance and protocols are met, that there’s a way of working with community to get their blessings but also for them to understand what we’re doing in the creative space … We really need allies, and they have to decolonise; Aboriginal artists have to indigenise’.

COVID-19 has intensified the spotlight on worker exploitation, insecure work conditions, and the low wages experienced perennially by artists and arts workers. A constant dismissing and devaluing of the arts over past decades has led to a crisis which, as Uglow argues, means that the arts community has ‘got through COVID on nothing’.

Currently, ‘this community is traumatised’, she added.

Perhaps a key consideration for the future is to how we value people – our artists. And how do we make it known that they are deeply worthy? That the act of being an artist is valued in society?

According to Uglow, the devaluing of the arts is due in part to how the sector defines itself – through its cultural output being calculated by unsatisfactory economic metrics – but also through a devaluing of the role of the artist and their position in society.

Uglow suggested one grand gesture from government to improve artists’ standing could be to ‘stop charging artists tax on the output of their works’. In other words, to ‘remove the obligation’ to assess tax on artists’ work and in doing so, signal the intrinsic worth of artists and their work.

A place to thrive

Regarding the development of a National Cultural Policy, Minister for The Arts Tony Burke recently stated: ‘It is important for us to get this right – speed is of the essence’.

So as we rebuild and as we plan, it is perhaps through a strategic and whole-of-government approach that the arts will find its place to thrive. Perhaps the synergies across Tony Burke’s double portfolio are what the arts need?

Bezzina talks enthusiastically about the importance of cross-portfolio investment in terms of ‘new ways [of working], new funding models’ and points to such work already taking place at a state level through Brisbane Festival’s partnerships with the Department of Communities and the Department of Housing.

Nahlous, in her work with ethno-cultural migrant communities, would like to see cross-portfolio collaboration with the Department of Home Affairs (which includes Multicultural Affairs and Immigration), Health, and Education —including reassessing the ways in which the arts are taught and where value is placed.

Roberts asserts that ‘Art isn’t a word that translates when you’re talking about First Nations arts practitioners, because it’s more than art,’ and argues for the need to look more broadly than the arts alone, suggesting that her communities might perhaps work in tandem with portfolios such as Environment and Water, and the Department of Foreign Affairs and Trade.

Ensuring change at a local level

Bezzina welcomes the new government as a ‘wholistic shift on a national level,’ and her curiosity now turns to how change will ripple out on a local level.

She believes: ‘Treaty is probably the most important first step to move forward with a country that recognises [and] takes responsibility for its past, and finds a peaceful and appropriate way to reconcile and move forward. That’s really the huge missing link that I am very hopeful is remedied.’

Roberts can also sense the opportunities, and once the process of incorporating the Uluru Statement from the Heart into government is achieved, argues for ‘future investment within regional sectors’, stating, ‘if we were to legislate anything, the arts should be part of STEM as in STEAM’.

She argues that this would bring together First Nations knowledges across the sciences, technology, engineering, arts and mathematics, and allow for wholistic appreciation and greater education.

Both Roberts and Bezzina argue for the importance of funding for festivals, with Roberts stating that for the health and wellbeing of First Nations people, ‘we need a festival where we gather and the transmission of … songlines are reignited’.

Bezzina notes that ‘festivals are the perfect vehicle to highlight current issues [and to] think into the future’. She also argues for a co-commissioning funding model of community engaged practice that could open up big conversations: ‘A new way of funding new work through a festival mechanism that deeply engages with our communities’.

So perhaps it is time to ‘develop a strategic and coordinated approach to building resilience and capacity in the arts sector’, to quote the 2013 National Cultural Policy Creative Australia (Appendix A, p.129).

Perhaps it is time to ‘join the dots’ through multiple cross-portfolio investment which values First Nations culture and places knowledge-keepers side by side with creative innovation; which welcomes diversity, values artist employment and education, invests in capacity-building and partnering with industry, and explores new ways of being, knowing and doing.

Prime Minister Albanese, the ball is in your court. 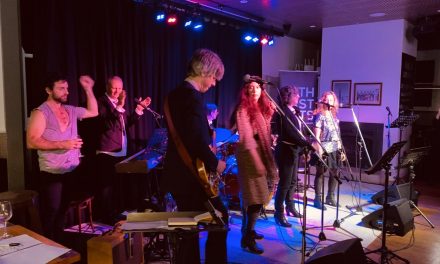 ‘ALMOST A MIRROR’ A CONCEPTUAL SUCCESS! 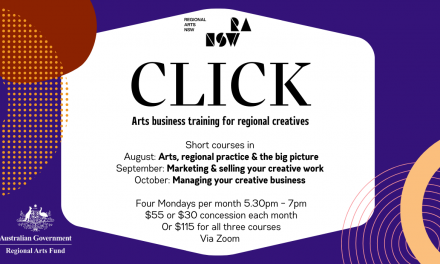 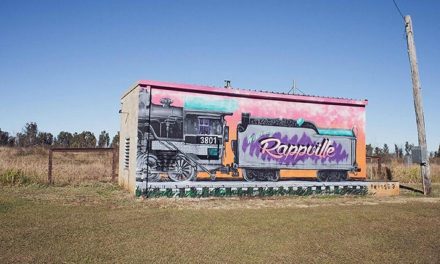 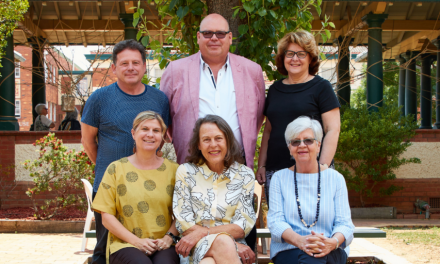