The Regional Arts NSW Board of Directors meets in March, April, July, September and November.

Jane has over 25 years’ experience in the Australian arts & cultural industry and academia. She lives on Bundjalung Country in Grafton on NSW’s North Coast where she is surrounded by incredible natural beauty while working connectedly with her peers and community.

Jane specialises in sustainable, creative practice in Australian arts. Her 2010 research entitled “Together Alone: Conditions for Sustainability in Australian Independent Theatre” ​was carried out with the Faculty of Creative Arts, University of Wollongong. This non-economic framework and her career experience underpin much of her work including her own artistic practice.Jane’s career is driven by her desire to learn and engage particularly through collaborative, creative processes and the strong partnership and action-led outcomes such processes produce.

Jane worked for over 10 years as an actor/director, but her research degrees and experience in French and journalism are equally important to her arts & cultural career. She speaks fluent French and has worked in cultural, educational, research and arts centres in Australia and Europe.

Her previous research and publications (under O’Donnell maiden name) include “The Actor’s Journey: Key Principles of Performance Presence”​ and “Distance and the Press: A Case Study of New Caledonia”. 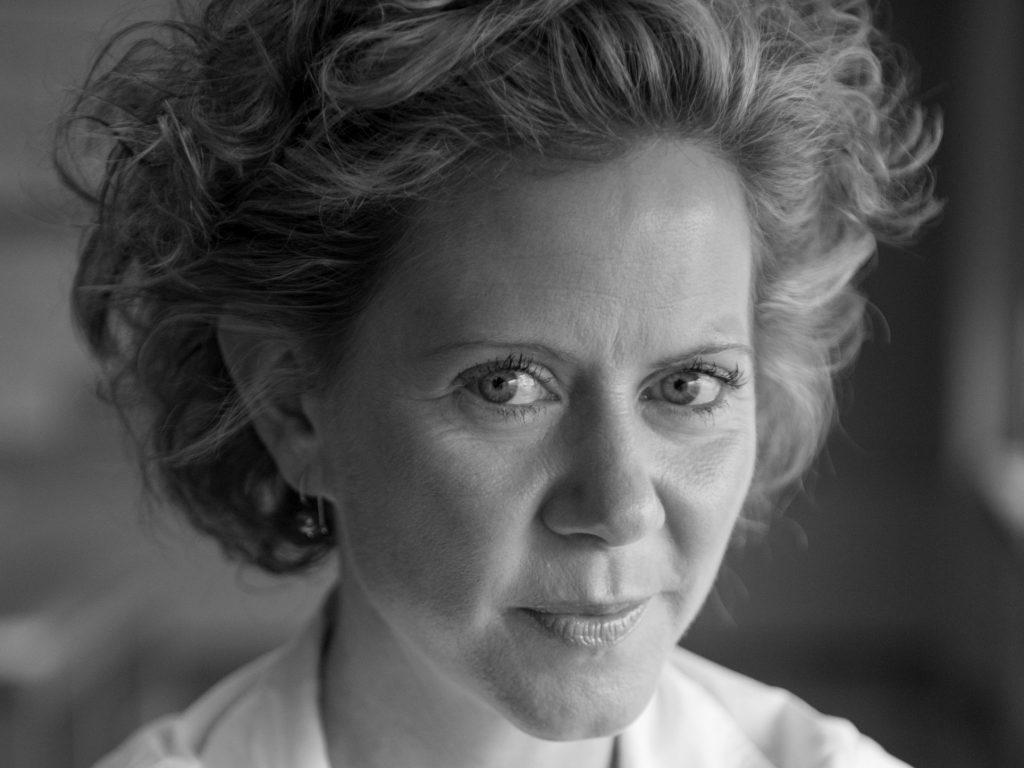 Sally Blackwood is an exceptional opera director, based in Gamilaraay country, on the Liverpool Plains, North West NSW, producing new work internationally. Sally is a passionate advocate for connecting individuals and enriching communities through engagement in the arts and culture.

Sally is a leading advocate for gender equity and diversity in the arts. Sally believes that the creative industries play a vital role in the evolution and sustainability of the greater cultural ecology of regional and urban Australia. As a director on the Board of Arts North West, Sally advocates that the role of arts and culture is to tell our contemporary stories, facilitate discussion about current social and political issues, provide a platform for social cohesion, wellbeing, community enrichment, cultural change and economic sustainability.

Sally’s artistic practice is a synthesis of music, theatre, and visual spectacle — it sits at the nexus of artforms in the creation of new hybrid operatic work, interrogating the role of performance to connect to and find resonance with the contemporary conversation. Sally is a directing graduate of the National Institute of Dramatic Art (NIDA), holds a Bachelor of Arts (Hons) from the University of New South Wales and is a current Doctor of Philosophy candidate at the Sydney Conservatorium of Music, and recipient of the George Henderson Scholarship.

Sally was appointed to the Regional Arts NSW Board on 14 April 2021.

Ray has provided consultancy advice to National, State and locala governments in Western Australia, South Australia, New South Wales and New Zealand, as well as playing a policy advisory role to peak local government bodies.  A particular focus of his work for the last 20 years has been to enable social and economic development in regional areas.

Ray is a keen supporter of the arts and an advocate for the role of the arts as an enabler of social and economic development in regional areas.  He holds a Bachelor Engineering (Civil), University of Sydney and, Bachelor of Legal Studies, Macquarie University.

Ray was appointed to the Regional Arts NSW Board on 14 April 2021.

Julia has a consistent career history of achieving results, with diverse experiences across regional development, tourism, the arts, economic development, agriculture and local government.  With a reputation for out- the- box thinking, responsive solutions and harnessing the power of relationships for successful outcomes, she has a strong knowledge and understanding of the needs and drivers of regional communities.

Julia was appointed to the Regional rts NSW Board on 14 April 2021.

Nicholas Pickard is the Executive Director of Public Affairs at APRA AMCOS, Australia and New Zealand’s music rights organisation representing 100,000 members who are songwriters, composers and music publishers. Prior to this, he was the Director of Corporate Affairs at Copyright Agency.

Nicholas has managed the profile and reputation of organisations and public figures across government, transport and infrastructure, creative industries and the media for over a decade. A former journalist, theatre critic and adviser to federal and state government ministers, his experience includes orchestrating the narrative and communications plans of everything from Heathrow Airport’s expansion campaign, the Creative Australia national cultural policy, Local Government urban rejuvenation projects to ministerial delegations, change management strategies and arts festivals.

Nicholas’ first love is theatre and live performance, a passion which saw him receive scholarships to study theatre directing at the Academy of Theatre, Radio, Film and Television at the University of Ljubljana, Slovenia and theatre theory in Manchester and Oxford, UK. Nicholas is also on the Board of the Australian Society of Authors.

Nicholas was appointed to the Regional Arts NSW Board on 6 July 2017.

Sarah Parsons is the current Creative Producer/CEO of Outback Theatre for Young People in Deniliquin, a role that sees her design and deliver projects with regional and remote communities across a 30,000 square km area of South West NSW. Most of her arts practice to date has been dedicated to arts in counter-urban areas, and Sarah is fiercely passionate about theatre for young people, community driven work, advocating for regional based practice and sustainable arts engagement in remote and regional Australia.

She holds a Bachelor of Arts in Communication (Theatre and Media), an Honours degree (specialising in Theatre for Young People), and a Bachelor of Teaching (Drama) from Charles Sturt University in Bathurst. Sarah began her career by writing, designing, directing, performing in and touring Theatre in Education shows to most of Central West NSW with Stuck in the Mud Productions, a theatre company she co-established in 2005.

In the past, Sarah has been engaged as Lecturer of Theatre for Young People at Charles Sturt University, Director of the Bathurst Theatre Company’s Youth Theatre, Education Facilitator for Jigsaw Theatre Company (Canberra), and Workshop Manager for Australian Theatre for Young People (ATYP). During her time in Sydney, Sarah directed three shows for ATYP: Compass (2013), Luke Lloyd: Alienoid (2014) and The Voices Project: Between Us (2015), and was the Assistant Director on Max Remy Super Spy (2012) and MROCK (2014, with Sydney Theatre Company).

Sarah was appointed to the Regional Arts NSW Board on 19 April 2018.

Specialising in percussion, Adam is also an accomplished conductor having worked on productions for Opera Australia, Opera Hunter, Newcastle’s Conservatorium and Festival Operas.

He has led three international show band tours to America, Canada and Europe before performing in musicals and orchestra in the Upper Hunter, as well as a stint in New York.

Adam holds a Bachelor of Music (Hons), and Master of Creative Arts, University of Newcastle.

Adam was appointed to the Regional Arts NSW Board on 15 April 2021. 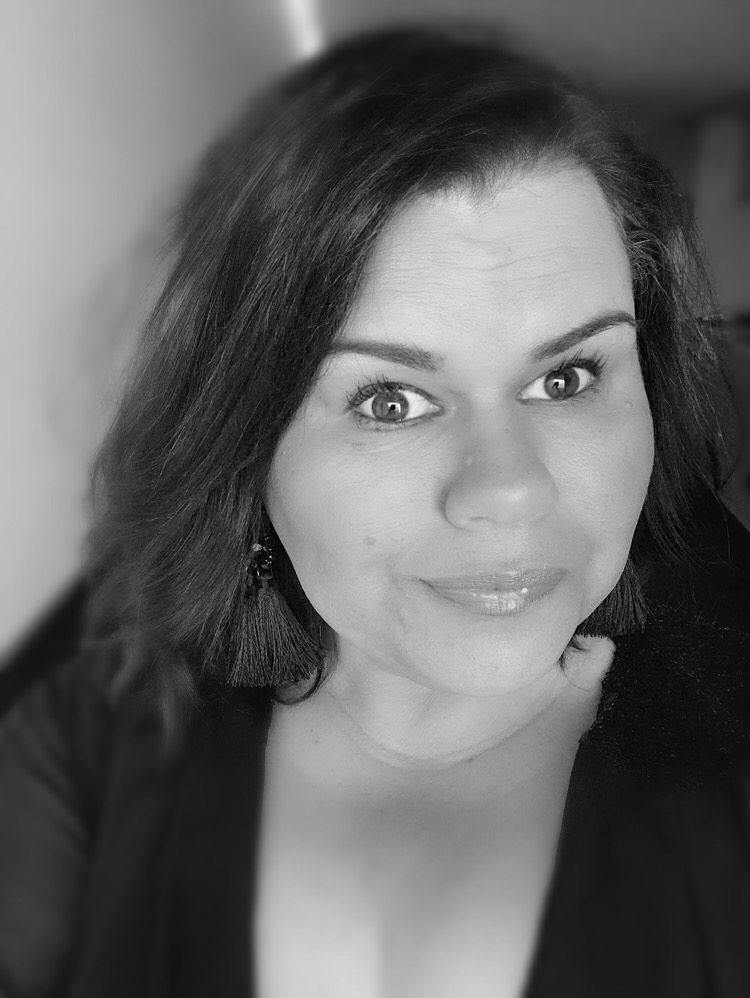 Tasha James is a Wiradjuri woman who grew up in Dubbo, Central West NSW. Her homelands cross the region of the lower Bogan River of Wiradjuri Country.

Tasha was previously the Manager of Indigenous Connections at the National Film and Sound Archives of Australia and has over 10 years’ experience working with Indigenous Communities and Indigenous collections that include audio-visual and material culture.

Throughout Tasha’s career, she has had held a number of roles in major cultural institutions such as Australian Institute of Aboriginal and Torres Strait Islander Studies (AIATSIS) & the Australian Museum where she worked closely with Indigenous communities by facilitating access to collections to reconnect them with their cultural heritage. She also has worked within Indigenous public programs and outreach which focussed on sharing and educating others about Aboriginal and Torres Strait Islander cultures.