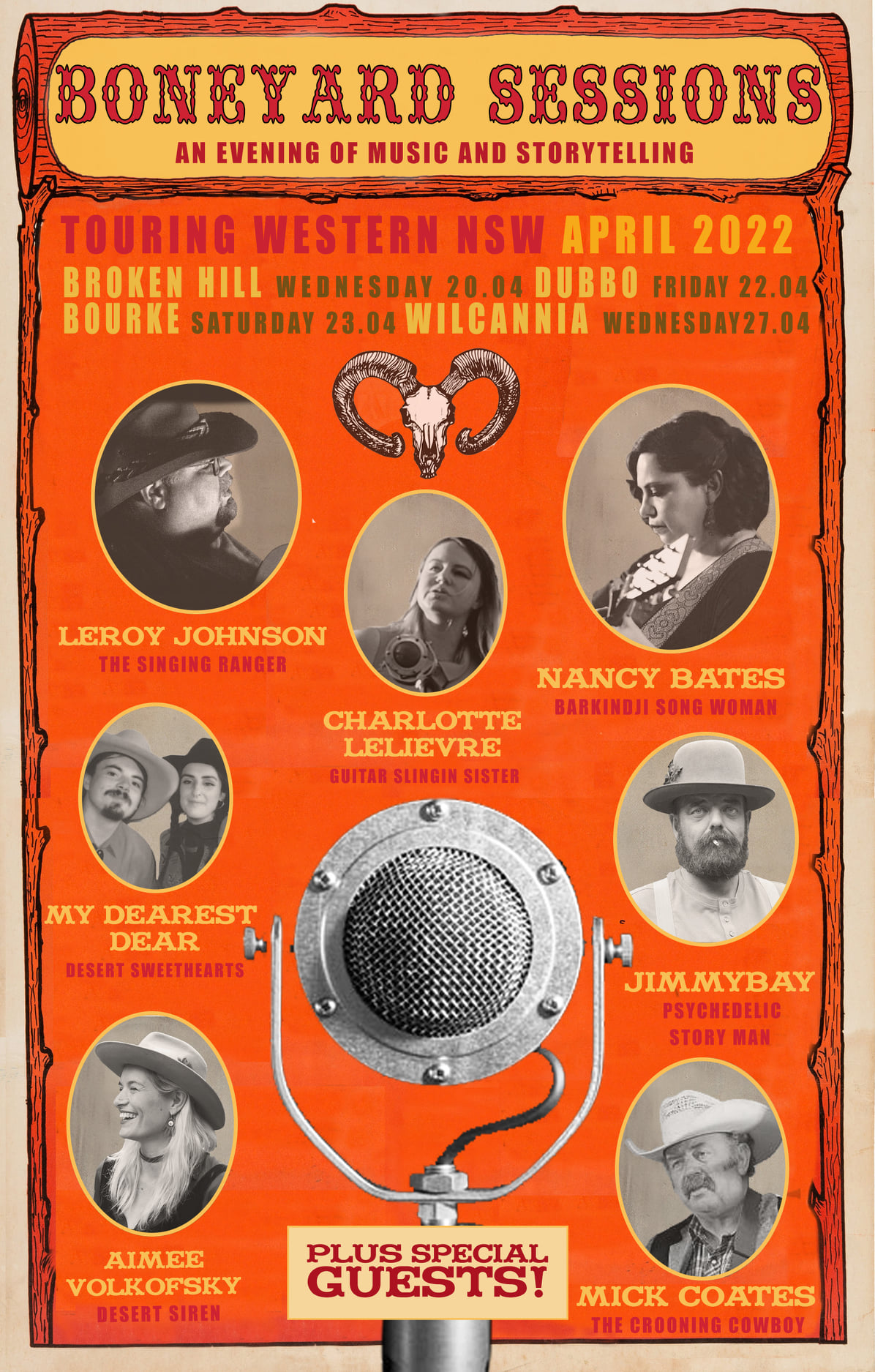 The Boneyard Sessions is hitting the road this April 2022 for a week-long tour of Western NSW. Presenting four magic evenings of storytelling and song, showcasing the rich and deep connection between music, history, nature and people that exist in regional places.

The Boneyard Sessions is a collective of musicians who play together and make digital content, showcasing music being made in and about life outside major cities. This tour will feature music by:

Jimmybay “Psychedelic Story Man”
Growing up between rural and remote Queensland and South Australia Jimmybay has spent much of his musical life travelling across the country, collecting songs and stories in far-out places and sharing them wherever he goes.

Aimee Volkofsky “Desert Siren”
Born and raised in the arid lands of far western NSW she sings about dust, ghost stories, the harsh realities of life in the bush, and the ancient beauty of the Australian landscape.

My Dearest Dear “Desert Sweethearts”
Country/folk duo living and singing in Far West NSW on Wilyakali and Barkindji land. Telling stories of old amongst landscapes that hold their harmonies, the pair bring a world almost forgotten to a new light.

Mick Coates “The Crooning Cowboy”
From the heart of Central Victoria, Mick Coates is known for his golden tonsils. Bringing ballads and cowboy songs that share the truth or the odd skeleton. Plus a few heartbreakers for light relief.