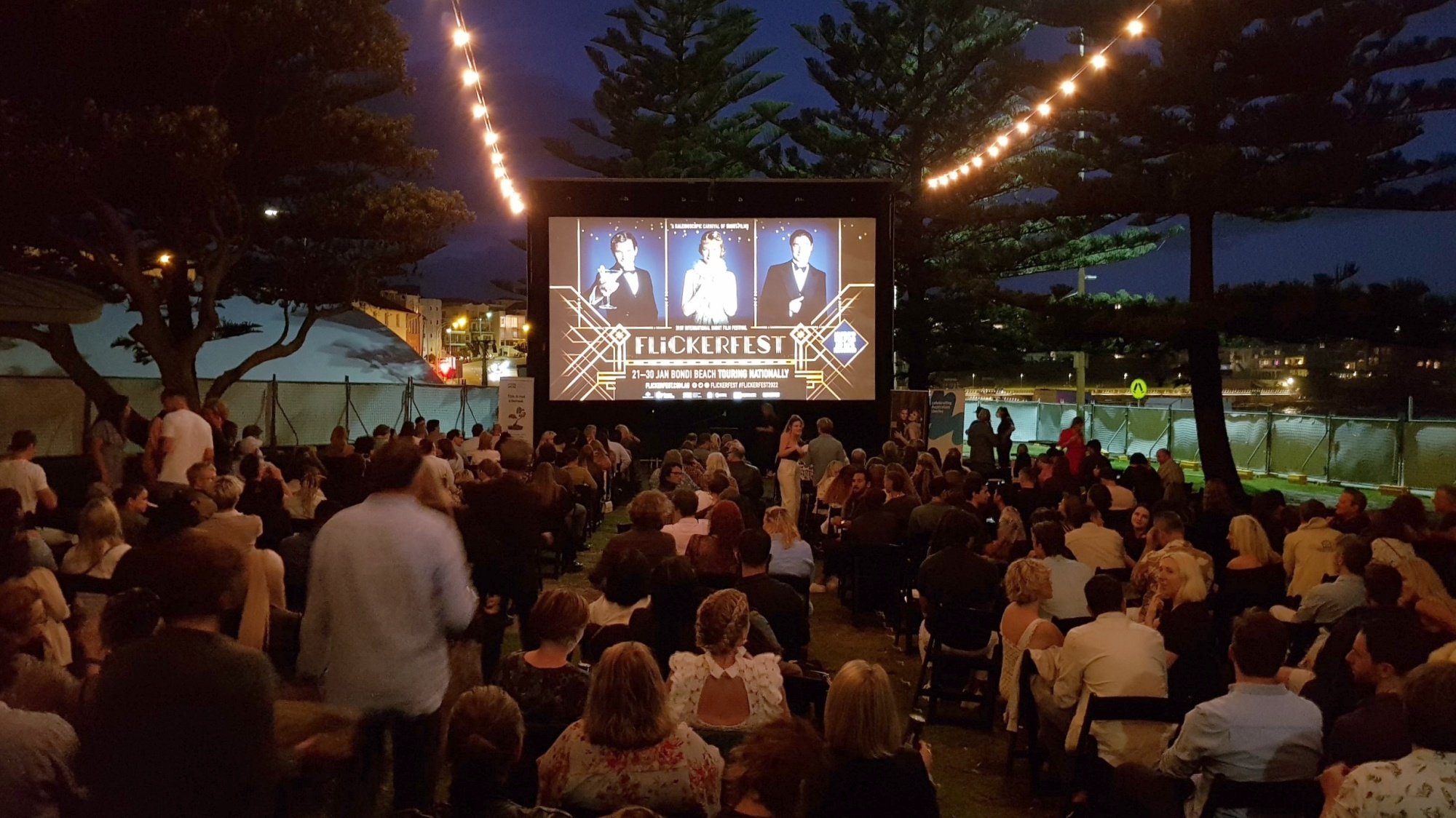 Flickerfest, a kaleidoscopic carnival of short films, has been running for 31 years, bringing entertaining and innovative short films from around Australia and the world to the kick-off event at Bondi Beach and then to more than 50 venues around the country.

Caption: The Flickerfest 2022 opening in Bondi.